Shoot thru's….. I hate them, but first let's see both sides of the story.

First of all going to a shoot is an event for me. The closest shoot I go to is a 4 hour drive. I normally leave on Friday so I can get to the range and set up my gear and get my bench assignment and set flags.

I like to shoot a few rounds to make sure everything is ok and nothing has shook loose or out of place.

Of course it's also nice to get caught up with all the old socks on the latest news and remember whens. I am relaxed because I don't have a cell phone and I am going to have a great weekend even if I don't shoot like I want to. So, it makes no difference to me if I get to leave the range 30 minutes earlier than normal or an hour later. I came here to enjoy it and I am going to.

The biggest problem I have with it [shoot thru] is the fact that when shooting the HBR class with the 6X scope at 200 yards, even with 10 minutes the sighter is so full of holes its hard to see where the last round went. With a warm up I can play with the sighter and if I want to I can use all 5 bulls for a sighter to check the different wind conditions if I so desire.

The 30 minutes or so saved does not mean much to me at this point. I do understand the number of shooters and benches plays a part in this also, but getting home ASAP does not enter my mind because I am focused on shooting and not how quick I can get home. 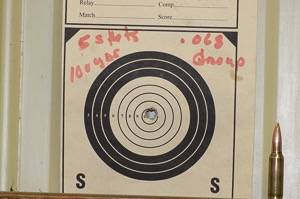 Now for the other side of the story…… I can also understand that the match director, target crew may have different ideas. Most work for the weekend with little or no pay and maybe would like to get home to family and finish the weekend with them.

I also understand that when I leave, their work is not done until the place is cleaned up and backers etc. are put away and probably some computer work to finish. So, they probably have a couple of hours of work or more to complete before they can go home.

What can we do to satisfy both of us? Well, normally many of the shooters that have come any distance are there Friday and the ones that are close sometimes come later in the afternoon on Friday or early Saturday morning.

At the last shoot I was at I was there by 7:00 A.M. and a good majority was there by 7:30. By 8:00 just about everyone that was going to come was there. How about starting at 8:30 instead of 9:00 and gain the time supposedly lost by having a warm up? I don't think it would put a strain on anyone. This would be one way of doing it and I am sure I am going to get some comments on this blog and that's good.

We need a good discussion on it. So, feel free to reply and voice your opinion. Maybe someone else has a good idea. Remember one thing. "A good idea doesn't care who has it" 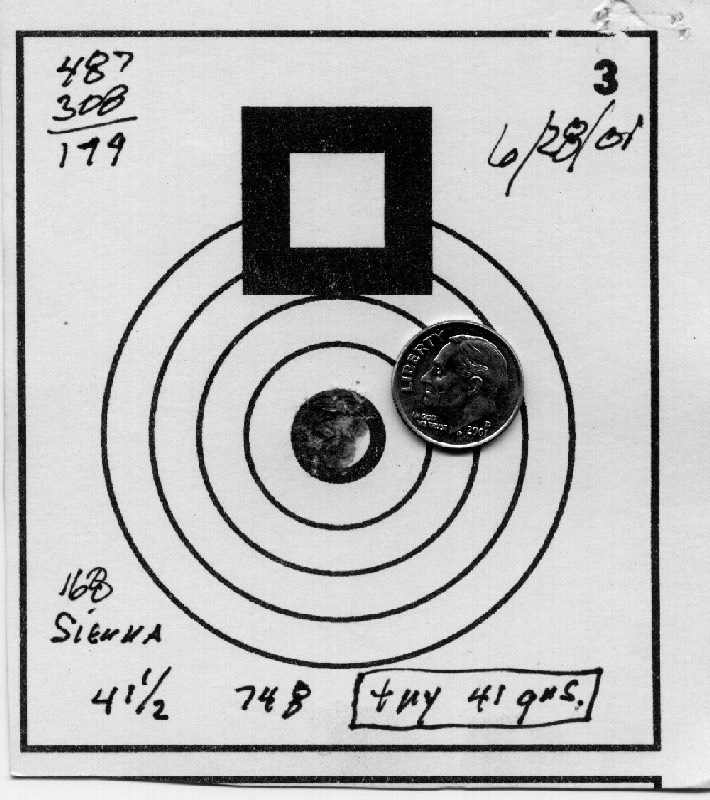 Stan It's a ruff job trying to find out what everyone would like to see at a match and one big thing that I have learned is that you must go with what the majority wants and that we cant change that for every match for years we shot the 10 min. shoot thru's at 200yds. for two reasons one was time many that travel to the match really want to get done at a good time so they can get home and get some rest before work in the morning. and for many that time means a lot . but if the majority want a 200yd. warm-up that's what we will do . I try my best to make all the matches fair and fun and the best time that all the shooters can have . As for the 8:30 am start I wish we could but theres just to much sun at that time and just to hard to see the target . I hope to here some more comments on this post .

For anyone not familiar with the 'shoot through' concept, basically the 200 yard 'warm up' match is dropped and three minutes added to the first record match at 200 yards. These three minutes are used by competitors to find a zero, check conditions on the sighter, etc, etc. At any time during the match, you can go to the record targets.

The 200 yard 'shoot through' is usually seen when the host club is running a 100-200 tournament on the same day, with multiple relays, and is designed to save time. Most national championships mandate a warm up at each yardgage.

But I wonder just how much time, if any, is really saved? Last weekends Two Gun Score match at Webster City, Iowa was a perfect example: On Sunday, we had two relays and rangemaster Ron Berg elected to have a warm up at 200 rather than the 10 minute 'shoot through'. Even with a few emergency stops during the match so the target crew could go reattach some loose targets (25-40 mph winds take their toll), we were done shooting in plenty of time. I was on the last relay and checked the clock as I walked in the loading room…it was 3:30. 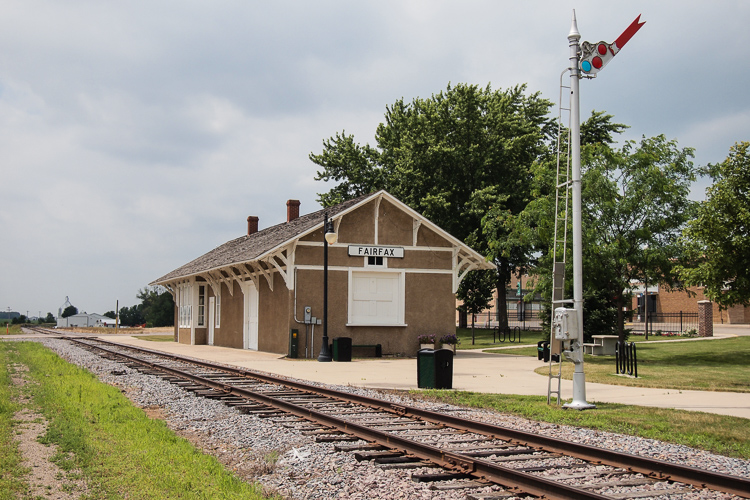 Without great work by an experienced target crew a two yardage event in one day could be a long ordeal. Mary Berg, Deb Bigelow and Susan Halblom do just an outstanding job as the Webster City target /scoring crew and I for one am very appreciative of their efforts.

5shots2-Art Cheney.jpg The reality is that a good, efficient target crew will…over the course of a day…save more time than eliminating the warm up match at 200 does.

The Webster City target crew showed us how efficiency and experience can make for a better tournament. I hope that other ranges running this format use this example as a positive means by which to provide their customers (the competitors) with even better tournaments.

I would agree Stan but our 3 ranges in maine are limited to a 9 am start time and no earlier. we break for lunch too, and could eliminate that but it seems the uncivilized thing to do! October 8, 2007 11:48 AM

I have come prefer the three minute sight-in (shoot through) as opposed to a 200 Yd. warm-up match – it seems I usually "waste" a perfectly good fifty on a warm-up target. ;) However, going straight to a record target makes many people uncomfortable – I can relat to that, because I'd sure hate to begin the 100 without a warm-up!

I prefer the warmup at 200 yards. Especially when the conditions are pure crap, as they were at the last BVI score match. And the time differential is NOT a good reason for the "shoot-thru" . Even w/ 3 relays, there is only a 30 minute difference. As Al said, a good target crew like we have can make up that difference and more. More of the ranges need to put a little more training and emphasis on their target crew. Things will move a LOT smoother